Old World Quality Without Compromise
0  - $0.00
Your shopping cart is empty! 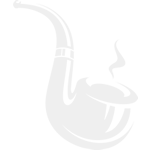 Pipe smoking was always considered a leisure activity. The tempo of modern life turned pipe smoking into an almost lost art, which seems to avail itself only to the initiated ones and their capacity to relax and obtain pleasure from a bowlful of fine tobacco. Smoking a pipe involves certain techniques, rituals, and is quite different from smoking a cigarette or a cigar.

To start, it is important to fill the bowl evenly, lightly pressing down each pinch of tobacco. Different types of tobacco may require a slightly different touch. A properly filled bowl will give the pipe a firm, steady draw. Test the draw before lighting. Repack if necessary. Improper filling may require the pipe to be lit again and again. The draw in a bowl packed too tightly can be improved by clearing an air space using the poker of a pipe tool.

Light the whole surface of tobacco, then press down using a tamper. Relight the tobacco a second time to create an even burning level surface. A thumb placed over the bowl is a simple method of increasing the draft to achieve an even burn. A properly packed pipe will result in an easy cool smoke, whereas a pipe packed too tightly may cause the pipe to smoke too hot. Sometimes during the smoke, your pipe may go out. This is normal. Remove any excess ash and relight, then tamp down the tobacco.

After finishing, use a pipe tool to remove the dottle or any remaining tobacco. Never tap the bowl against a hard surface. A pipe was never designed as a hammer, and will give poor service as such. Run a pipe cleaner through the mouthpiece into the bowl to clean and to help absorb any remaining moisture. Never try to remove the mouthpiece from the shank of a freshly finished warm pipe. This can result in cracks, as the shank and the mouthpiece expand and contract at different rates when exposed to heat. 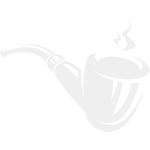 Moisture collects in the bowl during the smoke. Allow the pipe to dry, air out and rest between smokes. Place it in a rack, bowl downward, so that the carbon will absorb any moisture and the air can thoroughly dry the bowl. The pipe that is not allowed to rest will gradually begin to taste bitter, and its qualities will slowly deteriorate. For this reason, it is recommended to smoke a number of pipes in rotation.

After smoking several pipe bowls of tobacco, a carbon cake starts to form on the inside of the bowl. This process is referred to as "breaking in" the pipe. The thickness of the cake should be maintained at 1/16 to 1/8 of an inch. Use a pipe reamer to remove excess cake.